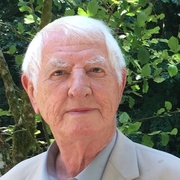 At the Paris Conservatory, Alain Bancquart studied violin, viola, chamber music, counterpoint, and fugue, as well as composition with Darius Milhaud and then Louis Saguer. From 1961 to 1973, he was the third-chair violist at the Orchestre national de France. He became musical director or the Orchestres de régions de l’ORTF (Office de radiodiffusion-télévision française) in 1973–1974, and then of the Orchestre national de France in 1975–1976. In 1977, he was named Inspector of Music at the Ministry of Culture. He kept this role until 1984, and was simultaneously the producer of Perspectives on the Twentieth Century at Radio France. There he met the composer Ivan Wyschnegradsky, who would influence his work on microtonality, which was driven by “the need for a clean break with the tonal system.”1

In 1984, Marc Bleuse called on Bancquart to redesign the composition curriculum of the Paris Conservatory and to open a composition class. The same year, he created the Collectif de recherche instrumentale de synthèse sonore alongside Hugues Dufourt and Tristan Murail. Their objective was to better understand the impact and musical potential of the new electronic technologies that were still little studied.

In 1977, Bancquart also participated in the creation of the Centre de documentation de la musique contemporaine and in 1978 in that of the association Musique française d’aujourd’hui, whose mission is to produce sound and video recordings of contemporary French classical music. In 1995, Bancquart stepped down from his role at these institutions but remained responsible for a seminar called “New Intervals” at the Paris Conservatory.

Bancquart’s compositions are notable for their micro-intervals, as evident from his 1968 piece Thrène I, which uses essentially quarter tones, to his 1995 work Solitude du Minotaure, which features sixteenth tones played on a customized piano conceived by the composer Julián Carrillo. Bancquart described his work as “composing fields of durations by anamorphoses.”2 Widely used in visual art of the Renaissance, anamorphosis describes an image that is distorted unless viewed from a particular angle. Bancquart’s reference to this concept hints that he imagined music visually.