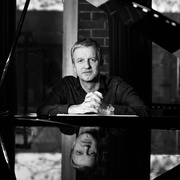 In 1981, Fox won the composition prize of the Performing Rights Society of Great Britain at the Huddersfield Contemporary Music Festival. From 1988 to 2003, he was president of the British section of the International Society for Contemporary Music (ISCM). He was a member of the composition team at the Internationale Ferienkurse für Neue Musik in Darmstadt from 1984 to 1994, and a guest of the DAAD Kunstlerprogramm in Berlin in 1987.

His compositions have been played and broadcast in many festivals including the BBC Promenade Concerts, the Huddersfield Contemporary Music Festival, the London Ear Festival, the Soundwaves Festival Brighton, Ultraschall Berlin, the Wittener Tage für neue Kammermusik, Acht Brücken, the Ultima Festival, and the Festival Transit.

Over the course of his career, Fox has developed close collaborations with performers such as the soprano Elizabeth Hilliard, the pianist John Snijders, the clarinetist Heather Roche, and the Apartment House and EXAUDI ensembles. He has also worked with The Clerks, the Ives Ensemble, the Kammerensemble Neue Musik Berlin, ensemble recherche, the Trio Scordatura, and the Arditti String Quartet.

His work seems to embrace the many possibilities open in contemporary music creation, with particular emphasis on new and alternative approaches to voice, instruments, and tuning systems. A 2016 book on his approach, Perspectives on the Music of Christopher Fox: Straight Lines in Broken Times, was published by Routledge.

Recordings of his music are available from Ergodos, HatHut, Metier Records, and NMC Recordings.

Christopher Fox writes regularly about music and has published articles in journals such as the Contemporary Music Review, the Musical Times, and Tempo. He was also co-editor of Von Kranichstein zur Gegenwart: A History of 50 Years of the Darmstadt Ferienkurse (1996, DACO Verlag, Stuttgart), and Uncommon Ground, a book on the music of Michael Finnissy (1998, Ashgate Press, London).