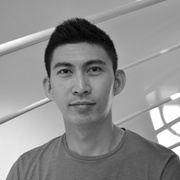 In 2016-17, Chia Hui Chen participated in Cursus (IRCAM’s composition and computer music course). His final project was a piece for oboe and electronics, titled Réplisome III.

Chia Hui Chen’s catalogue includes several scores for ensemble, soloists, electroacoustics, and stage music. His work has been performed in France and in Taiwan.

In June 2018, he was a guest artist at IRCAM’s ManiFeste festival for a performance of Déjà la nuit tombait (fragments de l’Iliade), a play directed by Daniel Jeanneteau, for which he co-wrote the music with Stanislav Makovsky.