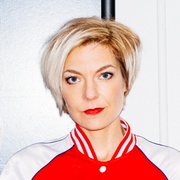 In 2006, she was awarded first prize in the Belin Philharmonic Composition Competition for Klangviren, which was premiered the following year.

In 2009, Muntendorf founded Ensemble Garage in Cologne, a collective made up of composers, instrumentalists and artists which devises and performs interdisciplinary projects. She was later awarded a grant for a six-month residency at the Cité Internationale des Arts in Paris. She was also in residence with the Ensemble Modern Academy, at Villa Concordia (Bamberg), and at Villa Kamogawa (Tokyo). She is regularly invited to participate in seminars and conferences at universities in Germany and Austria. Since 2013, she has taught composition at Siegen University.

She has been commissioned by festivals such as Acht Brücken (Cologne), Wien Modern, Wittener Tage für neue Kammermusik, ECLAT/Festival Neue Musik Stuttgart, and Donaueschinger Musiktage. She has worked with ensembles including Asko/Schönberg, Calefax Reed Quintet, Decoder, Garage, Klangforum Wien, Musikfabrik, Mosaik, and PHACE. She was awarded the Bernd Alois Zimmermann Prize, the Carl von Ossietzky Prize for Rundumschlag#, a first prize from the Hochschule für Musik und Tanz in Cologne, the Ernst von Siemens Musikstiftung Förderpreis, and the Deutscher Musikautorenpreis.

In 2014, the Col Legno label released It may be all an illusion, a monographic CD of her chamber works.