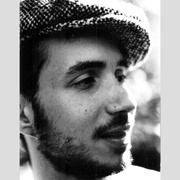 Italian composer and pianist born in 1975 in Bologna, Italy.

Andrea Agostini was born on 21 May 1975 in Bologna, Italy. He studied at the Conservatorio Giovanni Battista Martini, where he received a degree in composition in 2000 (studying under Alessandro Solbiati, Giovanni Verrando, and Paolo Aralla), in electronic music in 2001 (studying with Lelio Camilleri), and piano in 2004. Between 1999 and 2006, he also took masterclasses with Ivan Fedele, Brian Ferneyhough, Michael Jarrell, and François Paris. In 2008-2010, he completed his studies with the Cursus (IRCAM’s composition and computer music course). He was an IRCAM scholar-in-residence from 2011 to 2013.

Andrea Agostini composes instrumental and electroacoustic music, for which he has won numerous prizes and awards, including the Zucchelli Prize in 1999 and in 2000, and the Magone Award in 2001. In 2002, he was a finalist for the Prix international Noroit-Léonce Petitot. In 2003, he won the Concurso Internacional de Composição Electroacústica Música Viva. In 2005 he received third prize for composition in the Seoul International Music Competition and an honorable mention at the Gaudeamus Festival Composers Awards. In 2007 he was a finalist in the Franco Evangelisti International Composition, sponsored by Nuovo Consonanza, and received a Commande d’état (a commission from the French Ministry of Culture) for Musica per il chiostro di Royaumont. His music is performed in festivals across the world, including Festival Musica in Strasbourg, MiTo and Sincronie in Milan, REC in Emilia-Romagna, the IMEB Festival in Bourges, Festival MIA in Annecy, and Northern Spark in Minneapolis.

His curiosity for different musical languages led him to explore rock and improvisation, and to study non-Western musical practices. He plays bass with the rock band Frida X, for which he is also an arranger, progammer, and sound engineer. He also composes music for theater, cinema, and radio, and live electronics and motion capture for Project C, a group specialized in sound design for theater performances. He also designs sound environments for visual art installations.

With Daniele Ghisi, he created a digital platform for computer-aided composition titled “bach: automated composer’s helper”. In 2017, during his research residency at IRCAM, he developed a programming language for the Max environment, creating a set of tools based on the bach library.

As a musician, Andrea Agostini has collaborated with ensembles such as Icarus and the Orchestre national de la RAI in Turin, for concerts and recordings of works by Fausto Romitelli, Giovanni Verrando, and Oscar Bianchi. In addition, he has given masterclasses and workshops in the conservatories of Bologna, Genoa, and Strasbourg, and in several universities in the United States (Harvard, San Diego, and Stanford). He is currently professor of computer music (algorithmic and computer-aided composition) at the Conservatory of Turin.