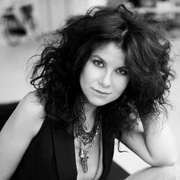 Agata Zubel studied composition with Jan Wichrowski and singing with Danuta Paziuk-Zipser at the Wrocław Music Academy, graduating primus inter pares. She went on to study at the Conservatoruim Hogeschool Enschede in Holland. Since 2002, she has been a professor at the Wrocław Music Academy. In 2014, she received a Doctorate in Musical Arts. She is currently a member of the Polish Composers’ Union.

In 2001, she founded the ElettroVoce Duo with pianist and composer Cezary Duchnowski.

In 2010, her opera/ballet Between was premiered at the Warsaw National Opera, and in 2011, she was commisioned to write another opera, Oresteia, by the same institution. In 2016, she was commissioned by Klangforum Wien to compose the opera Bildbeschreibung; the work was premiered in 2018 at the Transart Festival in Bolzano (Italy).

Her work focuses primarily on vocal performance, but also on percussion, as in Re-Cycle (2001) for five percussionists, Nelumbo (2003) for four marimbas, Maximum load (2006) for percussion and computer, and Suite (2011) for percussion trio. Her music also makes frequent reference to literature, notably to the writing of Samuel Beckett (Not I (2010) and Cascando (2007)), as well as to the work of Polish authors such as Czesław Miłosz (Aphorisms on Miłosz (2011), A Song about the end of the world (1998)) and Tadeusz Dąbrowski (In between the ebb of thoughts and the flow of sleep (2013)).

Her discography includes more than a dozen releases, including albums of her own compositions, e.g., Not I and Cascando , as well as performances of works by Copland and Berg. Blots on the Sun, from her jazz trio El-Derwid, and more recently, Dream Lake, comprise the song cycles by Lutosławski and André Tchaïkovsky, respectively. Her music is published by PWM Edition.