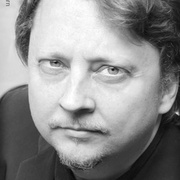 Edmund J. Campion was born in the United States in 1957. He received his doctorate from Columbia University, where he studied under Mario Davidovsky. In 1989, He received a Fulbright-Hays Award to study composition and orchestration at the Conservatoire national de Paris under Gérard Grisey.

In 1992 he was a guest of the Tanglewood Music Center, where he received the Paul Fromm Award, which included a commission for What goes up for ensemble. A year later, the University of Massachusetts, Boston, awarded him the Lili Boulanger Memorial Fund Composition Award, and in 1994, he was a fellow of the American Academy in Rome.

Soon after he traveled to Paris to participate in Cursus (the IRCAM’s composition and computer music course), where Losing Touch was premiered in 1995. Afterward, the IRCAM commissioned other works from him: Natural selection in 1996; Play-Back, a dance, video, and musical performance for the Festival Agora in 1999; and Corail, in 2001. That same year, L’Autre, a commission from Radio France, which premiered at the Festival Présences, was also performed at the IRCAM.

Campion often explores the relationship between music and nature, which is a major theme of several of his works, such as Ellipsis (1995), Corail, and Outside Music (Fromm Foundation, 2004). The CIRM (Centre national de création musicale) commissioned Me for solo baritone and electronics, which premiered at the Festival Manca in 2002, based on a text by the poet John Campion on the relationship between art and ecology. The creation of multidimensional spaces is fundamental to his work, as is evident in Quadrivium (1995-1998), a cycle for ensemble and quadriphonic tape.

In 2005, a commission from the French Ministry of Culture for Les Percussions de Strasbourg Ondoyants et divers premiered on WDR German Radio. In 2006, Practice, commissioned by the American Composers Orchestra, premiered at Carnegie’s Zankel Hall. 600 secondes dans le vieux modèle was commissioned by Radio France for large ensemble and premiered in 2009 at the Festival Présences.

Campion has received numerous awards and honors from institutions such as the Fondation de France, the Fondation Nadia et Lili Boulanger, the American Center, and the American Academy of Arts and Letters’ Charles Ives Prize. He teaches music at the University of California, Berkeley, where he is also co-director of the Center for New Music and Audio Technologies (CNMAT).