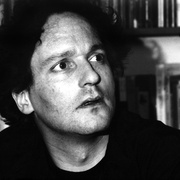 A composer and percussionist, Michael Wertmüller studied from 1982 to 1985 at the Swiss Jazz School, from 1986 to 1990 at the Bern Hocschule (HKB) and from 1991 to 1992 at the Amsterdam Conservatory, notably with Misha Mengelberg. From 1995 to 2001, he was a student of Dieter Schnebel at the Universität der Künste in Berlin.

As a percussionist, he was a member of the Bern Symphony Orchestra, and has performed as a guest with the Royal Orchestra of the Concertgebouw in Amsterdam. In the 1990s, he was the drummer in the experimental music group Alboth!. Since 2004, he has been a member of the Full Blast trio, with whom he has performed in many international festivals.

He has worked with musicians and groups such as John Cale, Bill Laswell, Blixa Bargeld, Jim O’Rourke, Chicago Tentet, Caspar Broetzmann, and Mouse on Mars.

Since 2005, he has been a guest professor at Humboldt University, and, in Berlin, at both the Academy of the Arts and the University of the Arts.