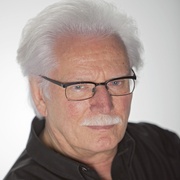 York Höller was born on 11 January 1944 in Leverkusen Germany. He belonged to the first generation of composers to emerge from the Federal Republic of Germany. He studied composition in Cologne with Bernd Alois Zimmermann and piano and orchestral conducting with Herbert Eimert, as well as attending the University of Cologne, where he studied philosophy and musicology. In 1965, he participated in the Darmstadt Summer Courses, where he was strongly affected by Pierre Boulez and Karlheinz Stockhausen, two composers who exerted a decisive influence on the development of serial composing. Stockhausen invited Höller to the WDR studio in Cologne, where he worked from 1971 to 1972; later, in 1990, Höller succeeded Stockhausen as the studio’s director.

Early in his career - for example, in his in-depth essay, Critical Analysis of the Technique of Serial Composition — Höller was interested in the question of how contemporary art music is received, in particular in what he analyzed as a divergence between the theoretical ambitions of certain forms of serialism and their purely musical value. In this context, he formulated a certain number of foundational concepts connected to what he called “Gestalt theory” (theory of forms). This phase in his development as a thinker and composer - which followed “informal” and “stocastic” phases - was accompanied by an interest in certain Gregorian melodic structures - the roots of European music - and “genetic code” as the central phenomenon of molecular biology. These explorations ultimately led him to formulate his ideas on Gestalt Komposition and Klanggestalt (sound forms), which would become the syntax of his current musical language.

Höller moved to Paris in 1977, with a commission from the Pompidou Center, Antiphon, for string quartet and tape. In 1978, Arcus was featured at the opening of the IRCAM’s Espace de projection. Pierre Boulez then invited him to conduct a new project at IRCAM, which resulted in Résonance (1980). Höller later returned to the IRCAM to create the electronic part (in the form of audio tapes) of his first opera, The Master and Margarita, based on the Bulgakov novel, which premiered at the Opéra de Paris in 1989.

In the 1980s and 1990s, he composed numerous acoustic pieces, including Concerto pour piano et orchestre n° 1, whose premiere was conducted by Daniel Barenboim, and a workfor large orchestra, Magische Klanggestalt, that premiered in 1986 during a tour of several European countries.

His concertos include Fanal, for trumpet and orchestra, which premiered in 1991 in a performance by the Ensemble Intercontemporain and his second piano concerto Pensées for MIDI piano, orchestra, and electronics (1993). Aura, for orchestra, a commission from the Chicago Symphony Orchestra, premiered in a performance conducted by Daniel Barenboim in 1995. In 1999, Aufbruch for large orchestra premiered to mark the move of German parliament from Bonn to Berlin, the occassion for which it was commissioned.