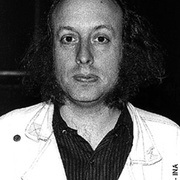 Trevor Wishart was born in 1946. Il lives and works in the north of England. During the 1970s, he worked extensively with recorded sounds. He worked on many performance and theatrical productions, as well as community-based projects focussing on the environment. He has also participated in many performances of improvised music, and played an active role in several musicians’ collectives in Manchester and York. The works Red Bird…le rêve d’un prisonnier politique (electro-acoustic), and Tuba Mirum (1979), a work of theatrical music for tuba with electronically controlled mutes, recordings and actors, to be performed in the basement of a psychiatric hospital, are perhaps his best known from this period. Also at this time, he contributed to new educational initiatives. His series of musical sounds, “Sounds Fun”, was recently published in Japan. From the mid-1970s, he became interested in the musical potential of computers, as well as in exploring new techniques for voice. His piece Anticredos (1980) for six amplified vocalists employs a range of innovative vocal techniques, necessitating the creation of new methods of notation for complex sounds, whereas the Vox cycle represents the composer’s continued exploration of the potential of the voice in a broader context.

Trevor Wishart’s proclivity for computer-aided composition led to a commission Ircam (Vox 5) and saw the inauguration of the “Composer’s Desktop Project,” an initiative intended to make digital compositional tools more widely available (i.e., suitable for use on home computers). His book, On Sonic Art (1987), describes in detail the new world of sonic possibilities made available through the use of computers.