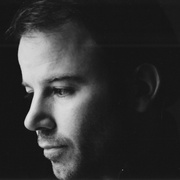 Samuel Sighicelli first studied piano before turning to instrumental composition, which he notably studied with Gérard Grisey, electroacoustic composition, and improvisation. In 1998, he graduated with highest honours from the Paris Conservatoire (CNSMDP) in composition and generative improvisation. In 2003, during his residency at the Villa Medici, he was awarded the Hervé Dugardin Prize by the SACEM.

He was composer-in-residence at the Oullins Théâtre de la Renaissance (Lyon) in 2012-2015, and at both Espace Malraux Scène Nationale de Chambéry et de la Savoie and Bonlieu Scène Nationale d’Annecy in 2017-2019. In 2014-2018, he was Associate Composer at the Annecy and Chambéry Regional Conservatories (both in France).

Samuel Sighicelli sees his work as being organized around three areas: composition, collaborations, and theatrical production. In 2004, he cofounded Caravaggio, an experimental rock group with which he regularly performs in France and abroad, and which has recorded four CDs to date. He also cofounded, with Benjamin de la Fuente, the Sphota Cooperative in 2000, with whom he has produced seven inter-disciplinary shows which were programmed at festivals including Musica, Tage für Neue Musik, Traiettorie, Agora, and Berliner Festspiel. In these settings, Samuel Sighicelli creates theatrical works which allow him to work not just as a composer, but also as a director, dealing with images, dance, and new technologies.

Projects especially worthy of note include Critical Phase (2018), Spirale (2017), Chant d’hiver (2015), L’île solaire (2009), and Marée noire (2005). These productions, notably drawing upon archival audio/visual material, have been the catalyst for creative reflection on the relationship between music and image.