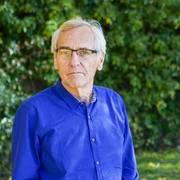 French composer born in 1944 in Paris.

Born in Paris in 1944, Patrick Marcland is the son of chansonnier and film composer Marc Lanjean. In his youth, he performed jazz on guitar and studied music theory and classical guitar with Alberto Ponce at the Paris Ecole Normale de Musique. He later composed music for theatre and cinema, and worked as both an assistant film director and a musician for a theatre company. He went on to study composition with Max Deutsch, conducting with Henrik Bruun, and composition/analysis with Claude Ballif at the Paris Conservatoire (CNSMDP). He was awarded the SACEM Georges Enesco Prize in 1984, and has received numerous commissions from the French Ministry of Culture and Radio France, as well as from the most highly esteemed French contemporary music ensembles.

Influenced in his first concert works by Boulezian serialism (e.g., Mètres [1972] and Variants [1974]), he soon moved away from this style, developing his own, idiomatic compositional language which emphasised “meter” and used modes to allude to tonal centres, vestiges of his experience as a jazz musician that would remain present in his work throughout his career.

He has written for orchestras and ensembles including Ensemble Intercontemporain (Versets [1979], Étude [1995], De Temps en Temps [1996], Eclipsis [2004], and Eclipsis Déployé [2006]), Percussions de Strasbourg (Mots croisés [1999]), and the Lorraine Philharmonic (Maldoror [1997], after Lautréamont, a work that was subsequently performed by the French National Orchestra in the opening concert of the Présences Festival in 2001).

Advocating a “vivid, living” approach to music, he has long been interested in staged musical settings. He has composed numerous choreographic works in which instrumentalists and/or singers are implicated in the stage directions, notably collaborating with choreographers such as Nadine Hernu (Étude [1995], a co-production with Ensemble Intercontemporain; and Sanguine [1997]), Susan Buirge (Le Jour d’avant [1999], a coproduction with IRCAM and the Radio France Choir School; and Le Jour d’après [2000], premiered at the Metz Arsenal), and Laurence Marthouret (Walk [2002] for violin and dancer).

In 2003, he completed Chant de l’Olympe, an eight-channel “electroacoustic fresco” created in collaboration with Gualtiero Dazzi, which was subsequently released on CD on the Quai des Arts label. In 2004, his work Eclipsis was premiered at the Pompidou Centre by Christophe Desjardins and Jean-Jacques Gaudon. This work was subsequently “extended” into Eclipsis déployé, commissioned by IRCAM and premiered in Paris by Ensemble Intercontemporain.

Following a residence in Reims in 2005 which saw the premiere of Rythmes d’auprès for actor and bass flute, he undertook a residency with Musicatreize in Marseille, starting in September of the same year, during which he wrote a series of vocal works including Vers… for 12 voices, premiered in 2006. In 2008, he composed Le Roc-aux-Sorciers, an electroacoustic work which served to “sonorise” a replica of a sculpted Magdalenian frieze. More recent pieces include the two dance works Monade and Meltem, with choreography by Laurence Marthouret, and a work for mezzo-soprano and ensemble commissioned by Ensemble TM+.

In 2012, Sismal records released a monographic disc of the composer’s works. In January 2021, his piece Alto-Solo I was performed at the Philharmonie de Paris for a concert in memory of violist Christophe Desjardins. In August of the same year, Patrick Marcland announced, with Alireza Farhang and Antonin Servière, the creation of ensemble Inicia, supported by the CIRM, dedicated to blending music and other arts (dance, video, visual arts…).