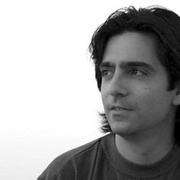 Born in Greece in 1974, Panayiotis Kokoras studied composition and classical guitar in Athens. In 1999, he went to England to continue his studies, earning a masters and a doctorate in composition from the University of York, with support from the Arts and Humanities Research Council (now the AHRB) and several Alexandra Trianti Scholarships (Friends of Music Society of the Athens Concert Hall). He has received commissions from various institutions and festivals, including the Fromm Foundation (Harvard University), IRCAM, the Mata Festival (New York), and the Gaudeamus Muziekweek (the Netherlands). His pieces are performed regularly around the world and have been jury selections in a variety of international competitions.

He focuses in his music on sound morphology and its chrono-topological precision, as well as the physical structure of sound and its perception. It shows the influence of electroacoustics on instrumental composition as well as the inverse. His catalogue includes over forty works, ranging from acoustic pieces to multi-media, improvisational, and tape compositions.

Kokoras is founding member of the Hellenic Electroacoustic Music Composers Association (HELMCA), and from 2004 to 2012 he served on its board and acted as president. He has taught at the Technical University of Crete (Department of Musical Technology and Acoustics) and the Aristotle University of Thessaloniki. He is currently an associate professor at the University of North Texas.

His work has been published by Spectrum Press, NOR, Miso Music, SAN/CEC, Independent Opposition Records, and ICMC 2004, and distributed in limited editions by LOSS, Host Artists Group, Musica Nova, and the Computer Music Journal (MIT Press).