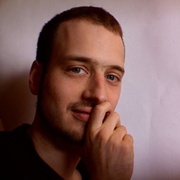 Czech composer born in Prague in 1979.

Ondřej Adámek received a degree in composition from the Academy of Music in Prague in 2004 and from the Conservatoire National Supérieur de Paris in 2007, where he also studied electroacoustics, orchestration, improvisation, analysis, and Indian music.

He composes orchestra and ensemble pieces, as well as mixed music, drawing inspiration from different musical cultures including those of Bali, New Caledonia, and Japan, with a particularly detailed focus on instrumental and vocal sound. He seeks out novel extended techniques for classical instruments and develops innovative systems combining video, electroacoustic sound, and instrumental ensembles.

In 2002 he received a grant from the UNESCO-Aschberg programme for artists to complete an artistic residency in Nairobi with the Gàara Dance Company, with whom he created Abila. He was a finalist in the biannual Metamorphoses Acousmatic Music Competition in Belgium in 2002 and 2004. In 2004, he also participated in the Nouvel Ensemble Moderne’s International Young Composers Forum, and his Sinuous Words was broadcast on Radio-Canada and Radio-Télévision during the 2004 edition of Radio Canada’s Montréal - Cité de la musique. In 2007 he received a grant from Culturesfrance and completed a residency at the Villa Kujoyama in Kyoto. He was an artist-in-residence at the Casa de Velázquez in Madrid for two seasons, 2009-2011, and was invited to Berlin in September 2010 to be an artist-in-residence of the DAAD-Berliner Kunstlerprogramm. He was invited to be a composer-in-residence with the Ensemble 2E2M in 2012. He completed a residency at the Villa Medicis in Rome in 2014-2015.

In 2008, his Endless Steps for orchestra was performed by the Lucerne Festival Academy Orchestra, conducted by Pierre Boulez. That same year, Ça tourne ça bloque was performed by l’ensemble Court-circuit at IRCAM’s Agora Festival. In February 2010, the Ensemble intercontemporain, conducted by Susanna Mälkki, performed Nôise, which had been commissioned for the ensemble, at the Cité de la Musique in Paris. In 2010, a second string quartet, commissioned by the SWR for the Donaueschingen Festival, was performed there by the Diotima quartet. The world premiere of B-low Up was performed at the Wittener Tage für neue Kammermusik by Klangforum Wien. In May 2012, a musical theater piece with musicians, video, and painter, titled Diner, was performed by the 2E2M ensemble.

Adámek is also the creator of a polymorphic instrumental installation called the Airmachine that functions with air that is rythmically blown in or aspirated out, and which can be connected with other objects or instruments. Pieces he has composed for the Airmachine include Körper und Steele for Airmachine, choir, and orchestra, which premiered in 2014 at the Donaueschingen Festival, and Conséquences particulièrement blanches ou noires for Airmachine 2 and ensemble, performed at the GRAME Biennale Musiques en Scène Festival in 2016. He is also the founder and conductor of the vocal ensemble NESEVEN, which has toured extensively.

Ondřej Adámek has received numerous awards and prizes, including the Prix de Bourges (IMEB) in 2003, the Hungarian Radio Prize in 2004, the Brandenberg Biennale Prize in 2006, the Grand Prix of the Alexandre Tansman Competition in 2010 for Dusty Rusty Hush, and the Enescu Prize in 2011.