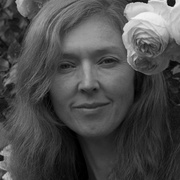 Natasha Barrett was born in 1972 in Norwich, England to a family of music-loving non-musicians, and grew up in a musical environment where pop culture rubbed shoulders with classical music. While computers and electronics took up a non-negligeable part of her daily life as a young woman, it was not the technology itself that fascinated her but rather what it made possible: early on, she began exploring - playing with - the musical possibilities of cassette tape recorders. Her interest in music and composition led her to the University of Birmingham, where she studied with Jonty Harrison, completing a master’s degree in analysis and electroacoustic composition. Her time in Birmingham also gave her the opportunity to work with BEAST (Birmingham ElectroAcoustic Sound Theatre), a sound diffusion system made up of some 100 channels of loudspeakers created under the direction of Harrison. It was at Birmingham that she began researching the composition of spatial images, which led to an ongoing exploration of the musical possibilities of ambisonics tools. Barrett went on to study composition at City University, London with Denis Smalley, completing her doctorate in 1988. It was there that her ideas in music turned toward acousmatics, opening up a new field of exploration to her.

Barrett’s work is a mixture of purely acoustic and acousmatic music, composed for concert settings and for sometimes monumental art installations. They are often anchored in a form of narration, albeit shadowy or abstract, that is connected to the language expressed in the pieces’ sounds. The use of spatial sonification and ambisonics have been the core of Barrett’s work since 2000, with explorations into concepts such as spatial counterpoint as a spatial equivalent to traditional counterpoint.

Barrett has received numerous awards and honors, including the Prix Luigi Russolo award in 1995 and 1998 (Italy), the Musica Nova prize in 2001 (Prague), five prizes and the Euphonie D’Or at the Bourges International Electroacoustic Music Awards (France), the Concurso Internacional de Música Eletroacústica de São Paulo in 2001, two prizes in the International Rostrum for Electroacoustic Music, the Edvard Prize in 2004 (Norway), the Nordic Council Music Prize in 2006, the Giga-Hertz Award in 2008 (Germany), and two Prix Ars Electronica (Austria) in 1998 and 2017.

In June 2018, she participated in ManiFeste, the IRCAM’s festival and academy, for the premiere of Pockets of Space which was performed in the Pompidou Center’s main performance space, using ambisonics.

Barrett is also a performer of electroacoustic music, both her own compositions and those of others. She lives and works in Norway.