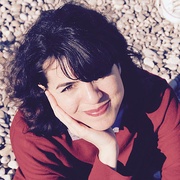 Michelle Agnes Magalhaes first studied composition in 1994 with Hans-Joachim Koellreutter in Brazil. In 2002, she earned a Bachelor’s in composition from the University of Campinas, and in 2010 a PhD in musicology from the University of São Paulo. Also active as a pianist, she regularly performs as an improviser. Starting in 2012, she undertook further study of composition with Salvatore Sciarrino, Stefano Gervasoni, and Chaya Czernowin.

Since 2003, she has been awarded a number of grants and residencies, including from the Bourges International Institute of Electroacoustic Music, the Giorgio Cini Foundation (Venice), Harvard University Summer Composition Institute, the Walpurgis Muziektheater Company (Antwerp), the Camargo Foundation, Villa Sträulli (Switzerland), the French Institute in Morocco, and, in 2017-18, the Radcliffe Institute for Advanced Study at Harvard University.

Magalhaes’ music explores the boundaries between gestures and syntax, improvisation and composition. Since 2014, she has collaborated on several occasions with IRCAM, first for research on gestures in musical performance and the connection between composed and improvised music, and, more recently, with an artistic research residency, during which she examined the workings of the musical mind.

She currently lives and works in Paris.