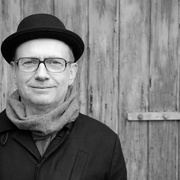 German composer born in 1963 in Stuttgart.

Michael Beil was born in Germany in 1963. He studied piano, music theory, and composition at the Stuttgart Conservatory of Music.

From 1996 to 2007, he taught music theory and composition at the music conservatories in Kreuzberg and Neukölln in Berlin as director of the precollege and contemporary music departments.

Between 2000 and 2007, he and Stephan Winkler co-founded Skart, which presented concerts based on interdisciplinary concepts. He also served as director of the Klangwerkstatt contemporary music festival.

His music has been performed in festivals such as Ultraschall (Berlin), ECLAT (Stuttgart), and Wien Modern (Vienna), and broadcast on the radio (notably Deutschlandradio, RBB, and SDR).

He is a winner of the Camillo Togni Composition Competition (Brescia) and of fellowships from the Künstlerhaus Schloss Wiepersdorf in Germany and the Cité des arts de Paris in France, as well as the Heinrich-Gartentor-Scholarship for video art in Thun, Switzerland. He also participated in the Gesellschaft für Neue Musik (GNM) Forum for Young Composers in collaboration with Ensemble Modern.

His composition mixes electronic and instrumental music and video. He interrogates the composition process in connection with stage performance, and regularly involves performers in this process.