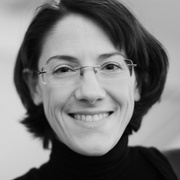 Marta Gentilucci was born in Italy in 1973. She studied as a singer (soprano) at the Conservatorio di Perugia while earning a masters in English and German literature. She then studied composition at the Conservatorio di Musica Luigi Cherubini in Florence. In 2004, she moved to Stuttgart to enroll in the composition classes of Marco Stroppa at the Musikhochschule, from which she graduated in 2007. The following year, she began studying composition with Chaya Czernowin in Vienna while pursuing a masters in composition and computer music with Marco Stroppa in Stuttgart (2008-2010). She participated in Cursus 1 (IRCAM’s course in composition and computer music) in 2009-2010, and Cursus 2 in 2011. She holds a doctorate in composition from Harvard University, where she completed her dissertation under the direction of Chaya Czernowin and Hans Tutschku.

Marta Gentilucci has received numerous prizes and fellowships, and has participated in the Junge Künstler Festival in Bayreuth (2004), the Darmstadt Summer Courses (2006), the Centre Acanthes (2007), and the Kuststiftung Baden-Württemberg (2008). She has received commissions for compositions with electronics from the Akademie der Künste Berlin (ADK) and the Expermentalstudio SWR Freiburg. In 2010, she held a residency at the Electronic Studio Akademie der Kunst Berlin (ADK). In 2017, she returned to IRCAM for a research residency, during which she studied vibrato and tremolo in women’s singing voices. In 2018, she was a resident at the Expermentalstudio SWR Freiburg to write a piece for voice, percussion, and electronics. She was a fellow of the Radcliffe Institute for Advanced Study at Harvard University in 2018-2019.