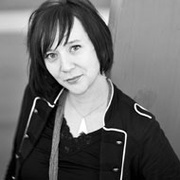 Malin Bång was born in Sweden in 1974. She studied composition at the Piteå School of Music (Sweden), the Universität der Künste Berlin, the Royal College of Music in Stockholm, and at the University of Göteborg. She has also participated in multiple master clases; notably Voix Nouvelles at Royaumont, the Summer Academy at Schloss Solitude in Stuttgard, Germany, the Aleph Ensemble International Forum for Young Composers, and the Darmstadt Summer Course, studying with Brian Ferneyhough, Gérard Grisey, Philippe Manoury, Philippe Capdenat, Chaya Czernowin, Walter Zimmermann, Friedrich Goldmann, Ole Lützow Holm, Pär Lindgren, and Jan Sandström, among others.

Malin Bång is a founding member of and composer-in-residence with the Curious Chamber Players. Her recent projects include scoring the documentary film kudzu /the sixth phase/ (2017), commissioned by Westdeutscher Rundfunk Köln, a large orchestra piece composed for the Donaueschinger Musiktage 2018, and Ripost (2015) for the Stuttgart Radio Symphony Orchestra (SWR) on the occasion of a concert celebrating the eightieth birthday of Helmut Lachenmann, as well as a concert-portrait for the Ultraschall Festival in 2014. Her works have been performed by ensembles including CCP, Klangforum Wien, Ensemble Recherche, Ensemble Nikel, Aleph, Mosaik, SurPlus, Contrechamps, and the Nadar Ensemble.

In 2010, she received the Staubach Honoraria Prize and the Kranichsteiner Stipendienpreis for Turbid Motion at the Darmstadt Festival. In 2012, she was invited to complete a year-long residency in Berlin with the DAAD Berliner Künstlerprogramm.

Malin Bång writes pieces for intrumental ensembles, orchestras, and electronics. As she puts it, her music is “an exploration of movement and energy”. She defines her musical material “according to their amount of friction to create a spectrum of unpredictable and contrasting actions, ranging from the intimate and barely audible to the harsh and obstinate.”

She lives and works in Stockholm.