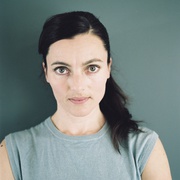 Maja S. K. Ratkje came to music through violin and singing lessons, and started composing at the piano. She studied composition at the Norwegian Academy of Music in Oslo, graduating in 2000. She has been composer-in-residence for numerous festivals, including Other Minds in San Francisco, Nordland Music Festival in Bodø (Norway), Avanti! Summer Festival in Finland, Båstad Chamber Music Festival, and the Huddersfield Contemporary Music Festival. Portait concerts of her works have been given in Toronto (2004) and Vienna (2007). Her music has been performed by ensembles such as Ensemble Intercontemporain, Klangforum Wien, Oslo Sinfonietta, Norwegian Radio Orchestra, BBC Scottish Symphony Orchestra, Fretwork, TM+, the Cikada and Bozzini String Quartets, the Renoir Quartet, crashEnsemble, Pearls for Swine Experience, Torben Snekkestad, Marianne Beate Kielland, SPUNK, Frode Haltli, and POING.

Maja Ratkje is also active as a vocalist. With an aesthetic which approaches the noise music genre, she often uses lo-fi technology such as mini-cassettes, megaphones, and low-quality microphones. She performs both as a soloist and with groups including SPUNK and BRAK RUG. Additionally, she has appeared as a soloist in performances with the Norwegian Radio Orchestra, Ensemble Intercontemporain, Klangforum Wien, Avanti! Chamber Orchestra, Trondheim Symphony, and the BBC Scottish Symphony Orchestra. She has also worked with Jaap Blonk, Joëlle Léandre, Ikue Mori, Zeena Parkins, Stephen O’Malley, Lasse Marhaug, Agrare, and POING. Ratkje regularly performs her own works for film soundtracks and dance and theatre performances, as well as in installations and various other types of projects. She notably composed a radiophonic work for Austrian playwright and novelist Elfriede Jelinek.

In 2017, she became a member of the Berlin Academy of the Arts.