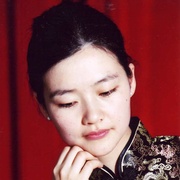 Leilei Tian was born in 1971 in Jiangsu Province, China, and began studying the piano at the age of six. From 1988 to 1995, she studied composition with Zhenmin Xu at the Beijing Central Conservatory of Music. In 1997, she undertook further study in Sweden with Ole Lützow-Holm at the Gothenburg Conservatory, graduating with an advanced degree in 2001.

She attended the Darmstadt Summer Course, Centre Acanthes, Royaumont Voix Nouvelles, the International Young Composers Meeting in Apeldoorn, IRCAM Summer Academy, and the Schwaz Avant-garde Academy in Austria, allowing her to study with composers including Brian Ferneyhough, Salvatore Sciarrino, Gérard Grisey, Louis Andriessen, and Boguslaw Schaeffer. In 2002-2003, she participated in the IRCAM Cursus (IRCAM’s composition and computer music course) with Philippe Leroux, Jonathan Harvey, Tristan Murail, Brian Ferneyhough, Philippe Manoury, and Philippe Hurel. She has lived in Paris since then.

Leilei Tian has received numerous accolades, including the “Citta ‘di Udine” Prize in 1999 for Wu, the GRAME Prize and the Gaudeamus Prize in 1998 for Zhan Zidu (1998). Her orchestral work Sâdhana (2000) was awarded both the Besançon Composition and the ISCM World Music Days (Zurich) Prizes.

From 2006 to 2008, she was composer-in-residence at the CoMA Music Center in Sweden, which led to the composition and performance of four pieces, including Jubilee, Jubilate (2007) and La caverne des Idées (2010). She collaborated with French video artist Cécile Le Talec on two works: Paradoxe céleste (2008) and Mukti, Mukta (2010).

A CD of her works was released by Chamber Sound (Stockholm) in September 2010. Her saxophone concerto Open Secret, composed for French saxophonist Claude Delangle and the Taipei Chinese Orchestra, was recorded and released by BIS Records in 2011. She was a resident at the Villa Medici in 2012-13.