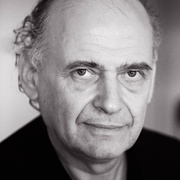 French composer and conductor born in 1950.

Petitgirard served as Musical Director of the French Symphony Orchestra from 1989 to 1996, and the Colonne Orchestra from 2004 to 2018. He has conducted on some 30 recordings to date, including the premieres of Honegger’s Jeanne d’Arc au Bûcher and Marius Constant’s arrangement of Ravel’s Gaspard de la Nuit. In 2003, he led the French National Orchestra for the recording of his own work, Poem for String Orchestra; he subsequently toured this work in the Netherlands with the Brabant Orchestra. In April 2004, he conducted two cinema-concerts at the Bastille Opera (with the Orchestra of the Paris Opera) of Marius Constant’s arrangement of Honegger’s score of the film Napoléon (directed by Abel Gance).

His first opera, Joseph Merrick dit Elephant Man, with a libretto by Eric Nonn, was recorded by the Monte Carlo Philharmonic Orchestra and Nathalie Stutzmann, and distributed on the Naxos Label. Premiered in 2002 at the Prague State Opera and directed by Daniel Mesguich, the opera was subsequently performed at the Nice Opera in December 2002, where it was filmed and released on DVD. A new production, directed by Doug Varone, was premiered in May 2006 at the Minneapolis Opera. Petitgirard’s second opera, Guru, with a libretto by the composer and Xavier Maurel, was premiered at the Nice Opera in November 2010 and recorded for Naxos.

Following Le Fou d’Elsa for alto and orchestra (2000), Petitgirard composed Le Plus Ardent à Vivre… for septet with harp (2001) and Les Douze Gardiens du Temple, commissioned by Radio France and premiered by the Strasbourg Philharmonic Orchestra (with the composer conducting) at the Présences Festival in 2006. His score for The Little Prince, a scenic work devised and directed by Sonia Petrovna for the Avignon, Reims, and Compiègne Operas in 2010, was recorded and released on the Naxos label in 2013. His Concerto for Alto Saxophone was premiered in March 2012 by Michel Supéra in Douai (Northern France).

Notable among his recent recordings for Naxos (most of which were in collaboration with the Bordeaux Aquitaine National Orchestra) are CDs of his Three Symphonic Poems and his first three concertos: Dialogue for Viola and Orchestra, performed by Gérard Caussé; Cello Concerto, performed by Gary Hoffman; and Le Légendaire for violin, choir, and orchestra, with Augustin Dumay as soloist.

Laurent Petitgirard was awarded the Grand Prix Lycéen for composers in 2000 and the SACD Music Prize in 2001. He became a member of the French Academy of Fine Arts in December 2000, and in June 2011 was named President of the Board of Directors of SACEM. He is a Knight of the Legion of Honour, an Officer of the National Order of Merit, and a Commander of Arts and Letters in France. He is married to actress Sonia Petrovna and the father of Tristan Petitgirard, an author, actor, and director.