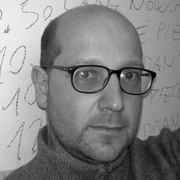 Klaus Lang was born in Austria in 1971 and studied composition, musical theory, and organ at the Kunstuniversität of Graz, with Hermann Markus Pressl, Beat Furrer, and Younghi Pagh-Paan.

He has taught composition at the Graz Impuls Academy, the Reykjavik Nordic Musik Days, the Moscow Contemporary Music Ensemble Academy, and the Darmstadt Summer Courses. Since 2006, he has taught at the Kunstuniversität of Graz.

His works include numerous solo pieces, notably for organ, as well as pieces for ensemble and orchestra, vocal pieces, and several operas.

His works have been performed by ensembles such as Klangforum Wien, the Arditti Quartet, the Ensemble Intercontemporain, Musikfabrik, the ŒMN (Österreichisches Ensemble für neue Musik), Die Reihe, the Nieuw Ensemble Amsterdam, the SWR Vokalensemble Stuttgart, the Studio Percussion in Graz, the Recreation Orchester, the Teheran Symphony Orchestra, the hr-Sinfonieorchester, and the Berlin Rundfunk-Sinfonieorchester.

He is a regular contributor to musical journals including Positionen, kunstMusik and his study of the history of different tuning systems, Auf Wohlklangswellen durch der Töne Meer was published in 1999 by the Graz Institut für Elektronische Musik in its series “Beiträge zur Elektonischen Musik.”

He was awarded the Erste Bank Composition Prize in 2008 and the Andrzej-Dobrowolski Prize in 2010.