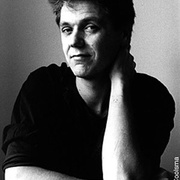 Born in Sweden, Klas Torstensson has lived in the Netherlands since 1973. After studies of composition and music theory at the Ingesund Conservatory (Sweden), he pursued a degree in musicology at the University of Gothenburg (Sweden), and studied electo-acoustic music and computer-aided composition at the Institute of Sonology in Utrecht. His music, from pieces for solo instruments to orchestral and electronic works, has been performed at major festivals in Europe, North America, Australia and Japan.

His “inter-media” project Barstend IJs was premiered at the Holland Festival in 1986. In 1991, he was awarded the Matthijs Vermeulen Prize for his work Stick on Stick for orchestra. Several of his works have been performed by Ensemble Intercontemporain and at IRCAM (in 1983, 1985 and 1989). Klas Torstensson’s works are published by Donemus Amsterdam.