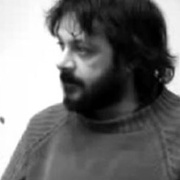 Karim Haddad was born in Beirut, Lebanon, in 1962. He studied at the National Conservatory of Beirut until 1975, when it was shuttered by the civil war. He then studied philosophy and literature in the American University of Beirut.

In 1982, he left Beirut for Paris, France, where he earned six prizes from the Conservatoire de Paris (CNSMDP) as well as an advanced degree in composition with honors. He worked, among others, with Alain Bancquart, Paul Mefano, and Klaus Huber. This period of learning was marked by an intense interest in non-tempered spaces and their strong relationships with temporal poetics. In 1992 and 1994, he received fellowships for study at the Ferienkursen für Musik in Darmstadt. In 1995, he participated in IRCAM’s computer music course (Cursus), and from that time has used only computer tools to create his pieces.

A commission from Radio France for Noch eins ist aber zu sagen…, a piece for two sopranos, instrumental ensemble, and electronics, for a Hölderlin poem, was premiered in a performance by the Orchestre Philharmonique de Radio-France and was the first piece in a cycle devoted to the German poet’s work, titled Das Werden im Vergehen (becoming in passing).

An expert in the field of computer music, particularly computer-assisted composition, he was named head of the technical support for the IRCAM Forum in 2000. He has developed several tools for the Open Music environment (controlling synthesis in Csound) as well as interfaces between this environment and the music notation programs Finale and Lilypond.

His work has been performed by soloists in the Itinéraire and 2e2m ensembles, the Diotima quartet, the Orchestre philharmonique de Radio-France, the Berlin Staatsoper, the SIC ensemble, and the Futurs-Musiques instrumental ensemble, in a variety of festivals including Présences de Radio-France, the Lucero Festival, the Rencontres Musicales de la Fondation Gulbenkian, and IRCAM’s Agora festival.