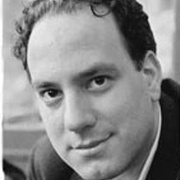 Joshua Fineberg was born in Boston in 1969 and began his musical training at the age of five. He studied violin, guitar, piano, harpsichord, orchestral conducting, and composition. He attended the Peabody Conservatory of Music in Baltimore, where he studied composition under Morris Moshe Cotel and won first prize in the Virginia Carty de Lillo Composition Competition.

He won an ASCAP award in 1991 and the Arnold Salop Composition Competition in 1994, as well as the Palache Scholarship, the Randolph S. Rothschild Award, and a fellowship from the American Conservatory of Fontainebleau, and was recognized by the Gaudeamus Foundation in 1992 for Origins.

In 1991, he moved to Paris and studied with Tristan Murail. The following year, he was selected by the reading committee of the IRCAM - Ensemble Intercontemporain to participate in Cursus (the IRCAM’s composition and computer music course). In 1997, he returned to the United States to pursue a doctorate in music composition at Columbia University, which he completed in May 1999. He taught at Columbia for a year, and then in the Harvard University Music Department as the John L. Loeb Associate Professor for the Humanities until 2007. He left Harvard to assume a professorship in composition and the directorship of the electronic music studios of the Boston University School of Music. In 2011, he was named an Artist Fellow of the Massachusetts Cultural Council and in 2012 became the founding director of the Boston University Center for New Music.

Joshua Fineberg has received numerous awards and residencies. His music is published by Max Eschig and Gérard Billaudot, Paris. His work has been performed extensively in Europe, America, and Asia. His major pieces include Lolita, an “imaginary opera” based on Nabokov’s novel, for actor, dancers, video, ensemble, and electronics; Speaking in Tongues, a concerto written for the fiftieth anniversity of the Percussions de Strasbourg festival (2010); Objets trouvés, for the Court-circuit ensemble (2009); La Quintina, for string quartet and electronics, composed for the Arditti Quartet, which premiered in 2013 at the Ultraschall Festival in Berlin, in collaboration with the ExperimentalStudio of Freiburg and the IRCAM.

In addition to composing and teaching, Fineberg is an active collaborator in research into acoustic psychology and the development of composition, acoustic analysis, and sound transformation software. In 2004, he was a guest editor of two special issues of the Contemporary Music Review devoted to spectral music, and served as its US editor from 2003 to 2009. He is also the author of Classical Music, Why Bother?, published by Routledge in 2006.

Fineberg’s music is one of paradox, moving from tumult to sudden contemplativeness, at once dynamic and reflective. His sound world is bright and colorful, while at the same time complex and rigorously constructed. He is part of a second generation of composers influenced by the spectral movement founded by Gérard Grisey and Tristan Murail. However, he has expanded their research using cutting-edge technologies, breaking away from Grisey in his work with raw material that includes not only sound but also psychoacoustic phenomena.