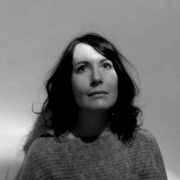 English composer born in 1973 in London.

Joanna Bailie was born in 1973 in London. She studied composition with Richard Barrett and electronic music at the Koninklijk Conservatorium of the Hague in Holland. In 1999, she won a fellowship to study at the University of Columbia, and went on to complete her doctorate at City University London.

Baillie uses electronics in many of her instrumental pieces, in the context of a broad approach to mixed music in which she does not hesitate, in addition to amplified instruments, to include other sources of sound, such as radios, CD players, video, and field recordings.

Her music has been performed by ensembles including Musikfabrik, Klangforum Wien, L’instant Donné, EXAUDI, Ensemble Mosaik, Ensemble Nadar, the Nieuw Ensemble, Apartment House, the Neue Vocalsolisten Stuttgart, the London Sinfonietta, the BBC Scottish Symphony Orchestra, the SWR Vokalensemble, and the Ives Ensemble. It has also been performed at festivals including the Donaueschinger Musiktage, ECLAT, the Venice Biennale, Huddersfield, the SPOR Festival, Reims Scènes d’Europe, Tuned City, Rainy Days Festival Luxembourg, Darmstadt, the Borealis and Ultima festivals in Norway, and the Transit Festival in Belgium.

In May 2010, she was the guest curator at the SPOR Festival in Aarhus, Denmark and in September 2015 she curated and produced the Cut and Splice Festival for BBC Radio 3.

She has taught composition at City University London, The Royal Academy of Music in Aarhus, the Luxembourg Composition Academy, and at the 47th edition of the Darmstadt International Summer Course for New Music.

In 2016 she was a guest of the DAAD Artists-in-Berlin program.

With the composer Matthew Shlomowitz, she founded and serves as the artistic director of Plus-Minus Ensemble.

She currently makes her home in Berlin.