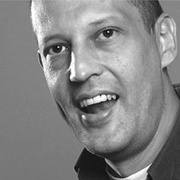 Mexican composer residing in the UK, born 8 May 1956 in Mexico City.

Born in Mexico City in 1956, Javier Alvarez began his musical career as a clarinetist and studied composition at the Mexican Conservatorio Nacional de Música with Mario Lavista. He continued his studies at the University of Wisconsin where he received a degree in composition. With support from the Arts Council of Great Britain, he pursued his study of music in England, working with John Mambert at the Royal College of Music and at City University in London. His first electroacoustic work, (Temazcal for maracas and tape (1984), dates from this period.

Alvarez’s compositional style is highly personal and independent. Most of his work has focused on mixed music, with a particular interest in computer music technology and composition. His intensely energetic music has tremendous momentum that achieves great complexity without losing its clarity or logic. His work is equally influenced by his extensive experience in electronic music, his interest in spectral music, and his use of rhythmic motifs drawn from popular musical traditions from around the world. His 1992 composition Mannam combines the kayagum (Korean zither) with digitally processed sounds from the instrument; his 2001 piece Offrande mixes Caribbean steelpans and electronically processed rhythmic patterns. Mambo à la Braque, written in 1991, is an electroacoustic collage of musical segments from Caballo Negro, a mambo written by Dámaso Perez Prado.

Javier Alvarez has taught at the University of Hertfordshire, the Malmö Music Academy in Sweden, the Guildhall School of Music and Drama, the University of London, and the Royal College of Music. In 1993, he served as the director of the Society for the Promotion of New Music. After twenty-five years in England, he returned to Mexico to serve as Dean of the Conservatorio de Las Rosas in Morelia, Michoacán, and helped to found the Escuela Superior de Artes de Yucatán, where he is now dean, as well as the Sonic Arts Network. He works with the contemporary music ensemble sequenzaSUR, serves as the the artistic director of the Manuel Enriquez International Forum of New Music, and on the artistic board of the Morelia Music Festival.