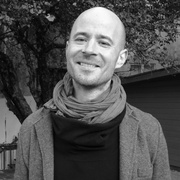 Jānis Petraškevičs was born in Riga in 1978. Following studies of composition with Gederts Ramans at the Emīls Dārziņš Music School in Riga, he undertook further study with Peteris Plakidis at the Latvian Academy of Music from 1996 to 2003. In 1998-1999, he also studied composition in Stockholm with Sven-David Sandström. He went on to study with Ole Lützow-Holm at Gothenburg University from 2004 to 2007. Finally, from 2007 to 2014, he undertook doctoral studies in musicology. His thesis, titled “Multidimensionality in avant-garde music of the second half of 20th century (composition techniques of Boulez, Carter, Ferneyhough, Ligeti and Stockhausen),” was written under the supervision of Jeļena Ļebedeva.

Petraškevičs’ work is largely centred on instrumental composition, while still regularly drawing upon music technology. His music has been performed in Austria, Belgium, France, Germany, Italy, Latvia, Sweden, Switzerland, Lithuania, Canada, and Japan, and in festivals such as the Venice Biennale, Musica Viva in Munich, Warsaw Autumn, Ultraschall, Archipel, and Donaueschinger Musiktage. He has worked with ensembles and orchestras including Ensemble Modern, Nieuw Ensemble, Südwestrundfunk Radio Orchestra, and Ensemble Intercontemporain. In 2014, he received the Latvian Grand Music Award in the category “New Work of the Year,” for Darkroom – Ein Phantasiestück für Ensemble.

Jānis Petraškevičs is also active as a teacher. He has taught contemporary music at the Latvian Academy of Music since 2011, and became a lecturer of composition at the same institution in 2017. Also in 2017, he presented his “Structural analysis of the first movement of György Ligeti’s Piano Concerto” at the Ligeti Symposium.

In 2016-2017, he co-curated, along with Rolands Kronlaks and Guntars Prānis, the “Transcribed Sound” exhibition of musical notation at the Latvian National Library.