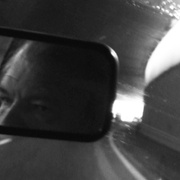 Writer, composer, and director Jacques Rebotier is the creator of disturbing, joyful works, which combine a demanding writing style with an atmosphere of unpredictability, or rather, of conceptual incongruity.

Jacques Rebotier’s work in theatre is heavily inspired by the commonplace. From verbal tapestries with echoes of intelligible speech emerge occasional masked utterances from forgotten civilisations. Constantly exploring language, structure, and shifts in sound and meaning, his work is centred around language itself. He precisely indicates all aspects of phrasing and articulation, intonation, accentuation, rhythm, and tempo in his work. His productions, intricately notated, nonetheless lean on improvisation and performance, as well as relationships with the performance space (often resulting from residencies), giving rise to, for example, imagined museum visits, photo-poems, readings in domestic settings, etc.

Jacques Rebotier is also active as a teacher: from 1972 to 1982, he taught at the Sorbonne, and was Director of Programming and Music for the City of Sarcelles (1972-1981). He was Director of the Levallois-Perret Conservatory in 1981-82, and General Inspector of Music for the Ministry of Culture from 1982 to 1987. He regularly leads professional masterclasses for actors, musicians, dancers, teachers, and circus artists.