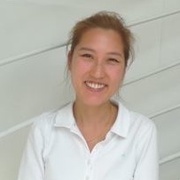 Heera Kim was born in South Korea in 1976. She studied composition and music theory at Kyung Hee University in Seoul, then traveled to Germany to study composition with York Höller in Cologne and electronic music with Hans Ulrich Humpert and in Karlsruhe with Wolfgang Rihm. She participated in numerous masterclasses, including the 2006 Young Composer Meeting 2006 in Apeldoorn, the Netherlands, the 2009 Adadémie Acanthes in Metz, France, and the Darmstadt Summer Courses in 2006 and 2010. From 2011 to 2013 she participated in Cursus 1 and 2 (IRCAM’s composition and computer music course).

She has received multiple awards and honors, including the Forum Ost&West Composition Prize in 2001; the Ensemble for New Music Zurich Prize, the Walter Witte Prize, and the BMW Composition Musica Viva Prize in 2007; the Günter Bialas Prize in 2008; and the Berliner Opernpreis in 2010. She also was awarded a Stipendium des Freundeskreises Karlsruhe in 2008, a UNESCO-Aschberg fellowship in 2009, and the 2011-2012 Young Art Frontier Grant of the Arts Council Korea.

From 2008 to 2010, Kim held a residency at the Kimmel Harding Nelson Center for the Arts in Nebraska (USA). She has also held residencies in Germany (the Gedok-Atelierhaus in Lübeck, the Künstlerhaus in Schreyahn, and the Denkmalschmiede Höfgen in Grimma), in Sweden (Visby Centre for Composers, Gotland), in Switzerland (Villa Sträuli in Winterthur), and in Austria (RONDO/Marienmühle Studio, Graz). She was a resident at the Cité internationale des Arts in Paris, France, in 2011-2012.

Her work has been performed by many ensembles, including the Ensemble for New Music Zurich, Eriprij Apeldoorn, and Oktopus Munich, as well as the Bavarian Radio Symphony Orchestra and the Orchestre National de Lorraine, which respectively premiered Ex abrupto and Re (both in 2009).

In May 2010 her first opera, Der Unfall, premiered at the Neuköllner Oper Berlin. In October 2010 the Seoul Philharmonic Orchestra, conducted by Pascal Rophé, performed Namok. In September 2012, a “concept-opera” titled Fragment premiered at the Seoul Arts Center Jayu Theatern. In June 2013 Things We Said Today premiered at IRCAM’s ManiFeste festival/academy.