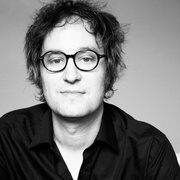 German composer born in Bonn in 1975.

Born in Bonn, Hans Thomalla studied at the Frankfurt University of Music and Performing Arts (HfMDK). From 1999 to 2002, he was a music and drama advisor for the Stuttgart Opera. From 2002 to 2007, he lived in Berlin as the recipient of a DAAD grant, while also undertaking a doctorate in composition at Stanford University. Since 2007, he has taught composition at Northwestern University in Illinois.

He has received numerous accolades, including the Kranichsteiner Prize, Christoph Delz Prize, the Geballe Dissertation Prize from Stanford Universty and, in 2011, the Ernst von Siemens Prize.

Thomalla’s works explore what the composer terms the double bind which is inherent to music, i.e., that it is both an acoustic reality and a culturally acquired mode of expression, emphasising confrontation, and subsequently, reconciliation, with Western repertoire from Chopin to Hendrix through the use of quotations. This phenomenon is particularly pronounced in pieces such as wild.thing (2004).

Thomalla’s catalogue includes chambre and orchestral pieces, as well as numerous scenic works. In 2011, his opera Fremd was premiered at the Stuttgart Opera.