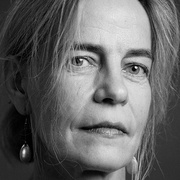 Swedish composer and sound artist born in 1961 in Uppsala.

Hanna Hartman was born in Uppsala, Sweden, in 1961. She studied literature and theatre history at the Universities of Uppsala and Stockholm, from 1982 to 1988. She also studied interactive media at Dramatiska Institutet (the national college of film, theatre, radio and interactive media), as well as electronic music at EMS Stockholm from 1989 to 1991.

In parallel to her stage performances, Hartman builds sound sculptures, creates radio plays for Swedish, Danish, and German radio, and composes for instrumentalists.

From 2008 to 2009, Hartman was a composer in residence for Swedish Radio. In 2010, she received a fellowship to study at the Villa Aurora in Los Angeles. That same year, the French Centre National des Arts Plastiques commissioned an interactive sound installation for the Musée Réattu in Arles, titled Acoustic Catacombs, a sound-emitting floor whose sound material had been gathered in Arles.

For thirty years, Hanna Hartman has been recording sounds all over the world, and collecting different objects to include in her compositions, and which she builds into her stage performances. Hartman seeks to reveal the hidden facets of sounds by removing them from their original context and associating them with seemingly unrelated sound matter. In so doing, her goal is to give life to new relationships among very different sound objects.

Her compositions have been performed by ensembles specialized in unconventional musical aesthetics, such as Faint Noise, Distractfold, We Spoke, Curious Chamber Players, and Mimitabu.

Hanna Hartman lives in Berlin. She has been a member of its Arts Academy since 2017.