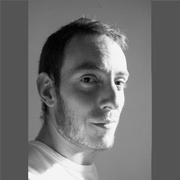 Italian Composer born in Verona in 1980.

Giovanni Bertelli was born in Italy in 1980. He graduated with honors in piano in 2003 and composition in 2007 from the Verona Conservatory, and received a degree in philosophy from the University of Verona in 2004. In 2007, he won second prize at the Valentino Bucchi Competition in Rome and was a finalist in 2008 in the Alea III International composition competition in Boston.

Bertelli’s encounter with Stefano Gervasoni, with whom he studied at the Conservatoire de Paris (CNSP) in 2008, had a significant impact on his work. Bertelli graduated from the conservatory in 2010.

In 2008 he participated in the Stresa EARlab workshop with Luca Francesconi and in 2009 in Voix Nouvelles at the Fondation Royaumont, with Brian Ferneyhough, Misato Mochizuki, and Isabel Mundry.

From 2010-2012, he participated in Cursus 1 and 2 (the IRCAM’s composition and computer music course), receiving a fellowship from the Centre international Nadia et Lili Boulanger in 2012.

During his time in France, his aesthetic was strongly affected by many of the people he met, including Francesco Filidei, Daniele Ghisi, Heinz Holliger, Mauro Lanza, and Yan Maresz.

His music has been performed by the Arditti Quartet, the Alea III Ensemble, Bit20, Court-Circuit, Linea, and the Neue Vocalsolisten. He has received commissions from the Divertimento Ensemble for Libro d’estate (2009), Poscritto (2010), and Capronata (2012); from the Ascolta Ensemble for Autoritratto in tre passaggi (2011); from Radio France’s Alla Breve program (2012) for a quintet with mezzo soprano; and from the Venice Biennale and Musik der Jahrhunderte for a chamber opera, also in 2012.