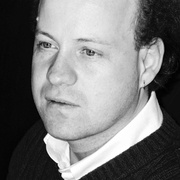 He expanded his study of composition through courses with Brian Ferneyhough, Toshio Hosokawa and Johannes Schöllhorn – at the Fondation Royaumont in 1999 – Pascal Dusapin and Georges Aperghis – at the Centre Acanthes, where his Au-delà d’un regard moiré, a melodrama for female vocalist, clarinet, and cello premiered in a performance by Françoise Kubler and Accroche Note (1994) – and Kaija Saariaho and Salvatore Sciarrino at the IRCAM Summer Academy in 1993 and 1999.

In 2000, he took part in Cursus (IRCAM’s composition and computer music course), where, among others, he studied with Philippe Hurel, Brian Ferneyhough, and Philippe Manoury. His final piece for Cursus was Pendant la matière ou l’espace furieux for tuba and electronics, premiered during the 2002 Agora festival. In 2003, he received his first commission from the French Ministry of Culture for Sterblich (Mortel/le) ou le purgatoire des sens, which premiered at the Maison de Radio France.

He composes for all types of formations and collaborates with scientists, videographers, performers, and visual artists (musical actions, concert electroacoustics, sound installations, and musical shows). In all of his creations, he uses new technologies to expand sound material while seeking to preserve in his writing the spontaneity typical of oral music traditions. His reflection on the staging of sound as a multi-planar temporal universe integrates space while also attempting to establish links between composition, electronic processing, and sound morphology.

Frédéric Kahn has been the winner or a finalist in multiple international competitions including the Luigi Russolo Award in Varese, Italy, in 1997 and 2000, the Prix de Bourges in 1999 and 2005, the Chasseurs de sons de Radio France competition in 2001, and the SACEM prize for best contemporary electroacoustic premiere in 2008.

He has received commissions from festivals and centers for music research and creation and his works are performed in France and abroad. More recent works include Unendlichkeit for bassoon, tape, and live electronics, a commission from IRCAM that premiered at the Pompidou Center in March 2012 and was composed in close collaboration with Paul Riveaux, a soloist with the Ensemble intercontemporain, and Le Cercle - Voyage au-delà du temps et des sens, a commission from the Why Note festival that premiered in May 2012.