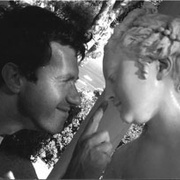 Fabien Lévy was born in France in 1968. In addition to jazz and classical piano and organ, he studied analysis, orchestration, music history, harmony, and electroacoustic and instrumental composition. He holds a degree from the ENSAE Paris and a DEA degree from the ENS Ulm and held a number of research positions before he decided to devote himself entirely to music, in 1994. From 1995 to 2001, he studied at the Conservatoire de Paris (CNSMDP) with teachers including Gérard Grisey in composition, Michaël Lévinas in musical analysis, Gilles Léotaud in ethnomusicology, and Marc-André Dalbavie in orchestration.

In addition to his activities as a composer, Lévy holds a doctorate in musicology from the EHESS, and wrote his dissertation on the gap between analytic and perceptional complexity in music. He is also the author of multiple theoretical articles. He served as artistic director of IRCAM’s Studio Online Project in 1998, and was a pedagogical advisor there from 1999 to 2001. He was a lecturer in the musicology department of the Université Paris IV-Sorbonne. From 2004 to 2006, he taught orchestration at the Hochschule für Musik Hanns-Eisler in Berlin (Germany). From 2006 to 2012, he taught composition at Columbia University in New York. He taught composition at the Hochschule für Musik in Detmold (Germany) from 2012 to 2017, and in 2017 moved to the Hochschule für Musik und Theater Felix Mendelssohn-Bartholdy in Leipzig, where he currently teaches.

As a composer, he was awarded the Prix de la Fondation Singer-Polignac in 1995 and was a DAAD fellow in 2001, and held a yearlong residency in Berlin as part of the Berliner-KünstlerProgram. Hérédo-ribotes was nominated for the UNESCO International Rostrum of Composers in 2002. In 2003, he was a fellow at the Villa Medici in Rome and in 2004 was awarded the Young Composers Förderpreis by the Ernst von Siemens Foundation.

His compositions, for soloist, ensemble, and orchestra (used as a large ensemble of soloists), as well as electronics, are currently focused on the idea of the whole and the part, on paradoxes in musical perception, and on “cross-rhythm” techniques expanded to all paramaters. His work has been performed in France and across Europe as well as in the United States, Canada, Africa, and Asia by soloists and ensembles such as the London Sinfonietta, Ensemble Modern, Ensemble Recherche, Itinéraire, the Habanera Quartet, the Arte Quartet, the Berlin Radio Symphony Orchestra, the Orchestre national de Toulouse, the Tokyo Symphony Orchestra, and Claude Delangle. Among others, he has received commissions for the 2e2m ensemble and the Neue Vokalsolisten of Stuttgart (Après tout, 2012), Teodoro Anzellotti, Jean-Guihen Queyras (Danse polyptote, 2012), and Klangforum Wien.

His work was published exclusively by Billaudot until 2008, then by Ricordi in Germany (2008-2018), and now by Edition Peters.