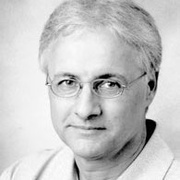 Dieter Mack studied composition with Klaus Huber and Brian Ferneyhough, music theory with Peter Eörtig, and piano with Rosa Sabater at the Freiburg Musikhochschule from 1975 to 1980.

He worked as an assistant in the Heinrich Strobel Foundation Experimental Studio at Südwestrundfunk German Radio, before joining ExVoCo Ensemble (EXpanded VOice COmpany) in Stuttgart in 1980. In the same year, he became a lecturer of music theory, improvisation, and Balinese music at the Universities of Freiburg, Trossingen, and Basel, going on to become a full professor of theory at the former institution in 1986. Since 2003, he has taught composition at the Lübeck University of Music.

A specialist of Indonesian music (and the Balinese tradition in particular), Dieter Mack has travelled extensively in Asia, undertaking numerous research trips to south India and Japan, as well as Bali, where he spent a year in 1981-82. The following year, he founded the Balinese gamelan ensemble “Angpur Jaya” at the Freiburg Musikhochschule. Following a concert tour to South-East Asia in 1988, he taught ethnomusicology and composition in Indonesia from 1989 to 1991, and again from 1996 to 2005. While there, he undertook extensive field research to document the various musical traditions in the country. In addition to his teaching in Indonesia, he has been invited to speak at conferences in the United States, Canada, New Zealand, Japan, Malaysia, and China.

From 2008 to 2016, he was Director of the Music Advisory Board of the Goethe Institut. In 2009, he was invited to present a lecture at the Darmstadt Summer Courses. In 2013, he was artist-in-residence at the Con Tempo Festival in Beijing. From 2008 to 2018, he served as Vice President of the Lübeck University of Music, and from 2015 to 2019 as Vice President of the Department of International Affairs at the same institution.

Dieter Mack’s music regularly calls for traditional Balinese instruments. In addition to many pieces for chamber ensemble, he has composed around ten works for big band. His scores are published by Verlag Neue Musik and Bärenreiter.