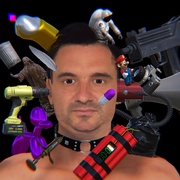 In 2005 and 2006, he received a study grant from SUISA (royalties society for Swiss songwriters, composers, and music publishers) and the Kiefler-Hablitzel Foundation.

In 2008, he participated in Voix Nouvelles at Royaumont, where he studied with Brian Ferneyhough, Xavier Dayer, and Jérôme Combier. He returned to Royaumont in 2011 and 2012 to participate in the Research and Choreographic Composition Programme.

His piece The Fuck Facebook Face Orchestra was awarded the Giga Hertz Preis in 2016 by the Zentrum für Kunst und Medien in Karlsruhe, where he was in residence in 2018 to compose a new work for two performers, electronics, and video, using face-recognition algorithms.

As a composer and teacher, he has been invited to for masterclasses, workshops, and lectures in many institutions in Switzerland and abroad, such as the Paris Conservatory (CNSMDP), Hochschule der Künste Bern, Universidad de Lanus in Buenos Aires, USP in Sao Paulo, Melbourne University, and Monash University, among others.

He currently lives in Gevena, where is a founding member of Ensemble Vortex. Since 2008, he has taught a class on programming interactive systems combining video and sound at the Geneva School of Art and Design.

His work combines instrumental music, electro-acoustic music, and programming. He frequently collaborates with artists working in other fields (visual arts, choreography) in the creation of audiovisual and interactive installations.