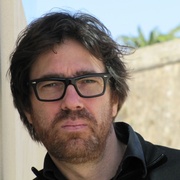 Born in Buenos Aires in 1966, Daniel D’Adamo began training as a musician in his home city. In 1992, he moved to France to study in the composition class of Philippe Manoury at the Conservatoire national supérieur de musique de Lyon. In 1996/1997, he participated in Cursus (the IRCAM’s composition and computer music course), studying with Tristan Murail and Brian Ferneyhough. That same year, he took part in the International Forum of Young Composers in Montreal with Voices. In 1997, he was a resident of the Villa Médicis in Rome, where he undertook several composition projects and founded the Musica XXI Festival. He received a degree in musicology from the University of Paris in 2002, after research into the perception and learning of twelve-tone music at LEAD-CNRS, a cognitive psychology laboratory of the French National Center for Scientific Research in Dijon. In 2004, he founded Ensemble XXI, based in Dijon, and remained its artistic director until 2009.

In 2007, D’Adamo was a composer-in-residence at the Abbaye de Royaumont, where he premiered Madrigali, a series of eight pieces for three vocalists and baroque instrument ensemble. That same year, he received a commission from the French Ministry of Culture for a piece for clarinet and ensemble, Cerclé, composed for Ensemble L’Instant Donné. In 2009-2010, D’Adamo extended his residency at the Abbaye de Royaumont for a commission from the Ensemble Philidor for 17th-century instruments. He composed a series of pieces in dialogue with Mozart’s Sérénade K.361 “Gran Partita.”

In 2011, he began work on a cycle of chamber music for ensemble and electronics. Titled The lips cycle, it comprises the pieces Lips, your lips, Keep your furies, Air lié, and Traum Entelechiae, commissioned by the GMEM (Marseille), Césaré (Reims), and the French Ministry of Culture. He completed the cycle in 2017 with Fall - Love Letters fragments for mezzo-soprano, harp, and electronics, commissioned by the GRM.

In 2012, D’Adamo and Thierry Blondeau collaborated on the composition of a double string quartet with electronics, commissioned by the French Ministry of Culture for the Biennale Musiques en Scène de Lyon and recorded by the Béla Quartet on the Cuicatl label. That same year, he composed Tout Lieu Habité for orchestral ensemble, commissioned by the Contrechamps Ensemble (Geneva) and Quatuor à cordes n° 2 for the Tana Quartet, commissioned by Radio France.

In October 2014, his monodrama La haine de la musique for one actor (Lionel Monier), ensemble, and electronics, based on an adaptation of an essay by Pascal Quignard and directed by Christian Gangneron, premiered at the Festival Musica, performed by Ensemble TM+, conducted by Laurent Cuniot.

A Faraday cage for marimba and electronics, commissioned by Art Zoyd and Césare-CNCM, premiered in a performance by Laurent Mariusse during the IRCAM’s ManiFeste Festival in 2016. His first chamber opera, Kamchatka, with an original libretto by the Argentinian author Marcelo Figueras, premiered in 2016 at the Théâtre Colon in Buenos Aires. In 2017, he composed a series of five études for solo double base - Ombres portées - for Florentin Ginot, for Radio France’s broadcast Alla Breve. He is currently working on a new piece for string quintet - with two cellos - commissioned by the Béla Quartet, as well as Quartet N°3, a commission by the Ars Musica for the Tana Quartet.

Daniel D’Adamo is regularly performed around the world by different soloists and instrumental formations (including Court Circuit, Les Percussions de Strasbourg, Ensemble XXI, Nouvel Ensemble Moderne, l’Instant Donné, Sillages, and Ensemble Orchestral Contemporain). He has been a guest of many festivals including ManiFeste, Présences, Agora, Musica, Biennale Musique en Scène de Lyon, Les Musiques de Marseille, and Voix Nouvelles in France; Inventionen in Germany; Nuova Consonanza, Roma-Europa, and Traiettorie in Italy; and Journées de Contrechamps and Archipel in Switzerland. His music was performed by the Spectra Ensemble (Belgium) during the 2014 World Music Days in Sydney, Australia.

In 2006, he received the Boucourechliev Award, and in 2009, the SACEM’s Prix de Printemps for Dream of Bells for the Maîtrise de Radio France choir. The recording of Plier / Déplier for string quartet and electronics won the Académie Charles Cros Prize.

Daniel D’Adamo was naturalized as an Italian citizen in 1993 and has lived in Paris since 2002.

His works are published by Éditions Gérard Billaudot and Le Chant du Monde.