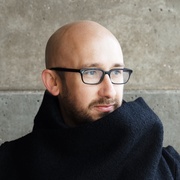 Timothy McCormack trained at the University of Huddersfield with Aaron Cassidy and Liza Lim and at the Oberlin Conservatory of Music in Ohio. He participated in the summer 2009 Akademie Schloss Solitude and the 2012 Tzlil Meudcan summer courses. He concurrently studied contemporary dance with Jill Johnson and worked in masterclasses with William Forsythe, John Jasperse, Christopher Roman, and Riley Watts. From 2014 to 2017, he was the director of the Harvard Group for New Music. In 2019, he received his PhD from Harvard University, where he studied with Chaya Czernowin and Hans Tutschku. He is currently an assistant professor of composition at the Boston Conservatory.

He has been commissioned by ensembles and festivals such as ELISION Ensemble, Ensemblekollektiv Berlin, Klangforum Wien, JACK Quartet, Musikfabrik, Curious Chamber Players, the [Switch~ Ensemble], Wittener Tage für neue Kammermusik, impuls Festival, and ON – Neue Musik Köln. His works have been performed by ensemble recherche, Ensemble Dal Niente, Talea Ensemble, Ensemble Nikel, and ensemble mosaik, among others, and have been programmed at Wien Modern, Darmstadt, Huddersfield, and the TRANSIT festival.

McCormack’s conception of music is based on the idea that sound has a mass, a tangible, corporeal characteristic, and that the listener experiences it in the same way as a physical object. His work is aimed to create intimate social environments where communication, listening, and responsibility to others are central. As a bassoonist himself, McCormack is particularly attached to the relationship between performer and instrument: the sound universe of each piece is derived from the specific techniques and physical operations of the instruments.

His interest in composing for the movements particular to each performer and each instrument underlies a relationship to music that is physical, devoid of narrative. He emphasizes the constant transformation of matter through bubbling textures and monolithic and slow forms that represent reduced internal activity. He traces these ideas back to his first listening of Metamorphosen by Richard Strauss. McCormack’s piece KARST and its short counterpart karst survey (2016), which are named after a geological formation of limestone carved by water into a series of caves, embody this idea of physical place, as a sonic mass is punctuated by silences, eruptions from the percussion, and short strokes from the strings that build into a progressively thick texture. His catalog betrays a whole vocabulary centered on matter: Glass stratum (2011), HEAVY MATTER (2012), you actually are evaporating (2014), BODY MATTER (2015), RAW MATTER (2017), your body is a volume (2019), and heavy in air (2020).

McCormack’s pieces have been produced on Kairos and Huddersfield Contemporary Records.