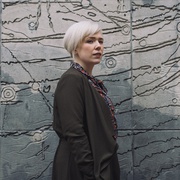 Ann Cleare was born in Ireland in 1983. She studied at University College Cork, graduating with a B.mus and an M.Phil in Composition. In 2008-2009, she participated in Cursus (IRCAM’s computer music and composition course) and then went on to earn a doctorate from Harvard under the direction of Chaya Czernowin and Hans Tutschku. In October 2019, she received an Honorary Doctorate from the National University of Ireland for her contribution to music. That same year, she was awarded the Ernst von Siemens Composition Prize.

Cleare is an Assistant Professor of Music and Media Technologies at Trinity College Dublin. As an artistic collaborator with Dublin Sound Lab, she is working on developing their programming and production of electronic music over the coming years. She is alos a Projects Officer with Sounding the Feminists (#STF), a collective championing principles of equality, inclusivity, and diversity in Irish musical life.

In particular, Ann Cleare’s work explores “extended sonic environments” such as in on magnetic fields (2012) for two spatialized violins and one loudspeaker. She continued to explore this approach in eyam i-v (2014) for contrabass flute, contrabass clarinet, electronics, and orchestra, and Earth Waves (2017-2018) for trombone, spatialized vocal ensemble, and moving electronics. Her research is based on exploring the design of hybrid instruments inspired by sculpture, as can be seen in a unit of wrest (2009) for wire and metallic percussive sculpture and electronics or surface station #2 : the relighting of the sun (2012) for double-bell trumpet with electronic sculpture, and lighting and eöl (2014-2015) for percussive sculpture (metallic arm and hand pieces that the percussionist simultaneously wears and plays, and a metallic table instrument with rods that detach onto the percussionist’s fingers, inspired by Edward Scissorhands) and chamber ensemble.

Her work is published by Project Schott New York. She is represented by the Contemporary Music Centre, Ireland (CMC).