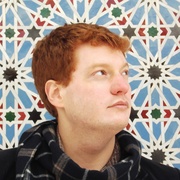 Christopher Trapani graduated from Harvard University in 2002, having studied composition with Bernard Rands and poetry with Helen Vendler. He went on to receive a Frank Knox Memorial Grant to undertake further study with Julian Anderson at the Royal College of Music in London, graduating with a Master’s degree. In 2003, he moved to the Cité des Arts in Paris for further study with Philippe Leroux. He also participated in numerous summer workshops, namely, Fontainebleau (2002), Royaumont (2004), Centre Acanthes (2005 and 2009) and Domaine Forget (2006). After a year in Istanbul studying the use of microtonality in classical Ottoman music as a Fulbright scholar, he returned to Paris to attend the two years of the IRCAM Cursus (IRCAM’s composition and computer music course). In September 2010, he moved to New York, where he earned a Doctorate of Musical Arts at Columbia University under the supervision of Tristan Murail, Georg Friedrich Haas, George Lewis, and Fred Lerdahl. In 2012, he undertook a research residency at IRCAM, followed by artistic residencies at Recollets (Paris, 2013), Schloss Solitude (Stuttgart, 2014-2015), and the Camargo Foundation (Cassis, 2018). In 2016-2017, he was a resident at the American Academy in Rome.

Trapani’s works have been performed by ensembles such as Nouvel Ensemble Moderne, Nieuw Ensemble, Asko, Argento, Cairn, Itinéraire and dal niente. In March 2011, a portrait concert of his works was given at Royal Festival Hall in the London Philharmonic Orchestra’s Music of Today series. In 2012, as part of the Grame Forum Jeune Création, he was awarded a commission for a new work, premiered at the Ultraschall Festival and subsequently performed at the Musiques en Scène Biennale in Lyon. A CD dedicated to his works, Waterlines, was produced in 2018 by New Focus Recordings.

Trapani has received numerous accolades, including the Gaudeamus Prize in 2007 for Sparrow Episodes, the ASCAP Leo Kaplan Prize in 2009 for Üsküdar, and the Julius F. Ježek Composition Prize in 2013.