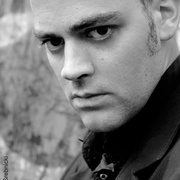 Christophe Bertrand was born in France in 1981. He began studying piano and chamber music in 1996 at the Conservatoire national de région in Strasbourg, with Laurent Cabasso, Michèle Renoul, and Armand Angster, as well as composition with Ivan Fedele. After graduating with honors in 2000, he performed with Ensemble Accroche Note and Ensemble In Extremis, which he helped found. There he collaborated with composers such as Pascal Dusapin, Michael Jarrell, Mark Andre, and Wolfgang Rihm.

In 2000, the Festival Musica featured a concert of his work and he participated in Cursus (the IRCAM’s composition and computer music course), where he worked with Philippe Hurel, Tristan Murail, Brian Ferneyhough, and Jonathan Harvey, among others.

Christophe Bertrand’s commissions included works for the Ensemble intercontemporain, the Lucerne Festival, the Festival d’Aix-en-Provence, the Bonn Beethovenfest, Percussions de Strasbourg, the Auditorium du Louvre, the André Boucourechliev Foundation, the French Ministry of Culture, the Ensemble Musicatreize, and several private patrons. In 2008-2009, he completed a residency at the Villa Médicis in Rome.

He received the music prize of the Académie des Marches de l’Est in 2001, an honorable mention from the Gaudeamus festival in 2001, and the Earplay Donald Aird Memorial International Composition Prize in 2002 for Treis. In 2007, he won the SACEM’s Prix Hervé Dugardin and the Prix André Caplet of the French Académie des Beaux-Arts (Institut de France).