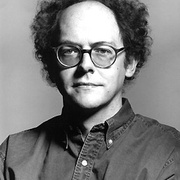 Benedict Mason studied at King’s College Cambridge from 1971 to 1975, and then, from 1975 to 1978, cinematography at the Royal College of Art in London. The creation of film scores and music editing which made up part of his film-making activities resulted, little by little, in his turning exclusively to composing. Starting in the 1980s, he was awarded a number of prestigious composition prizes: the Guido d’Arezzo Prize for Oil and Petrol Marks on a Wet Road are Sometimes Held to be Spots where a Rainbow Stood (1987), the Benjamin Britten Prize for his first work for orchestra, Lighthouses of England and Wales (1987), the Siemens Prize (1992), and a Fulbright Fellowship. The work which established his reputation, The Hinterstoisser Traverse, was awarded the Westdeutschen Rundfunk Prize in 1989.

Mason’s music is performed and broadcast around the world by ensembles and orchestras including Asko, Avanti! Chamber Orchestra, Hessischer Rundfunk Symphony Orchestra, BBC Symphony Orchestra, and Speculum Musicae. Repeated collaborations with Ensemble Modern have given rise to a number or works, including: ChaplinOperas (1988); Self-Referential Songs and Realistic Virelais (1990); Eisenach (2010), premiered in the city of the same name; and whose title, which is a fictional ideogram drawn by the composer (2010), premiered at the conclusion of a residency in the Pearl River Delta. He has also worked extensively with London Sinfonietta (Double Concerto [1989], ! [1992], and Rilke Songs [1992]) and the Arditti Quartet (String Quartet No. 1 [1987] and String Quartet No. 2 [1993]).

His earliest works are marked by their post-modernity, notably Double Concerto for horn, trombone, and ensemble (1989), and Sapere Aude (1989), a cantata setting scientific writings from the Age of Enlightenment to the present for soprano, orchestra of 18th century instruments, and two synthesisers.

In the 1990s, a new-found fascination for polyrhythms gave rise to the composition of virtuosic works including the Concerto for the Viola Section, premiered in 1992 by BBC Symphony Orchestra, and Animals and the Origins of the Dance (1992). His opera Playing Away, commissioned by the Munich Biennale, was premiered in May 1994 at the Deutsches Theater in Munich; a revised version was subsequently premiered at the Bregenzer Festspiele in 2007.

Mason has made extensive use of spatialisation in his works, initially through the inclusion of geographical elements (such as images and sounds connected to certain places), as in Lighthouses of England and Wales (1987), and later by exploring the acoustic characteristics of performance spaces though the composition of site-specific works, as in Third Music for European Concert Hall, EIC, Espro, …I love my life (1994) for the Espace de projection at IRCAM, Asko. Paradiso. The Fifth Music: Resumé with C.P.E. Bach (1995) for the Paradiso in Amsterdam, Szene für Drei Frauenstimmen, drei Spiegelstimmen, Orchester, Sampler und Film (1998) for the inauguration of the Lucerne Kultur und Kongresszentrum (designed by Jean Nouvel), and Music for Oslo City Hall, premiered at the Ultima Festival in 2010.

Through the relationship between sound and architectural space, music has the capacity to become part of the building itself, making the performance setting a fundamental musical element, like rhythm or timbre. Mason’s exploration of the latter parameters has led him to compose for rare and unusual instruments, such as the fire organ and the photo-sonic disc in the installation Presence and Penumbrae (2004), or for instruments of his own invention, as in the neurons, the tongue, the cochlea….the breath, the resonance (2000).

As a logical extension of his “Music for Concert Halls” series, in the 2000s, Mason created several sound installations, or “concert-exhibition-performance” works, including the “musical sculpture” felt|ebb|thus|brink|here|array|telling, premiered in Donaueschingen in 2004.