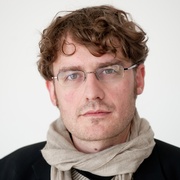 Aurélien Dumont was born in France in 1980. He holds a degree in art therapy from the Tours School of Medicine and a masters in aesthetics and fine arts from the University of Lille. After completing his university training, he studied composition at the Conservatoire de Paris (CNSMDP) with Gérard Pesson, graduating with highest honors and the Prix Salabert in 2012. He also participated in Cursus (the IRCAM’s composition and computer music course), completing Cursus 1 in 2010-2011 and Cursus 2 in 2012-2013. Dumont went on to complete a doctorate in music competition with the SACRe (Science Art Création Recherche) Program at the Ecole Normale Supérieure, where he further expanded his research into transdisciplinarity and the emergence of new artistic forms.

Dumont has received numerous international awards and honors, including the San Fedele Award (2010-2013), the New Forum Jeune Création Competition Prize, organized by GRAME, the Takefu International Music Festival Prize, and the Prix Salabert. In 2013, he was awarded the Prix Pierre Cardin by the Académie des Beaux Arts, and in 2020, he received the Prix de confirmation en composition musicale, awarded to a French composer or a composer residing in France by the Fondation Simone et Cino Del Duca and the Institut de France to fund the performance of an orchestral composition.

Aurélien Dumont’s work has been performed at the Ars Musica Festival in Brussels (where he was a featured composer in 2012), Musica Strasbourg (2012), Milano Musica (2012), Festival MiTo in Milan (2013), Ultraschall in Berlin (2013), and Music Protocoll in Graz (2013), as well as by ensembles such as Klangforum Wien, the Linéa ensemble, the Diotima quartet, the Prometeo quartet, Kammer Neue Musik Berlin, and the Muromachi ensemble. His musical theater composition Grands défilés (written and directed by Frédéric Tentelier) premiered at the Opéra de Lille in 2011; the KNM ensemble devoted a concert to his works in Berlin in November 2012.

In 2015, While, a first album dedicated entirely to his compositions, was released by NoMad and was awarded a Coup de cœur by the Académie Charles Cros.

Aurélien Dumont was an artist-in-residence at the Théâtre de Cornouaille, Quimper’s national theater, for the 2015-2017 seasons, and a resident at the Villa Médicis in 2017-2018. He was composer-in-residence with 2e2m in 2018, at the Conservatoire d’Ivry-sur-Seine for the 2017-2019 seasons, and at the Maison Maria Casarès for the 2019-2021 seasons. The premiere of his operatic diptych for binaural headset Qui a peur du loup ? / Macbeth was performed in 2019. In 2020, he composes for Ircam the Musique-Fiction L’Autre fille, a device designed for the ambisonic dome, made up of 64 loudspeakers, on a text by Annie Ernaux.

Since November 2019, he has taught composition at the Conservatoire à rayonnement régional (CRR) de Créteil and, since 2021, at the Voix Nouvelles Academy in Royaumont.

Aurélien Dumont composes music that seems to slide through time, drawing sound maps made up of miniature landscapes crisscrossed by unexpected musical objects. Japanese culture, contemporary poetry (he is a longtime collaborator of Dominique Quélen), and a strong interest in music for the stage are central to his thinking and writing.