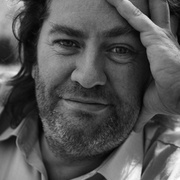 Norwegian composer born in 1961 in Drøbak.

Asbjørn Schaathun was born in 1961 in Drøbak, near Oslo. He studied piano, composition, and conducting at the Norwegian State Academy of Music in Oslo, and then composition at the Royal College of Music in London and at IRCAM, where his work Double Portrait for violin, chamber ensemble, and electronics was premiered in 1992. He founded and conducts the Oslo Sinfonietta Chamber Orchestra in concerts of new music, and since 2006, has been the director of the Society of Norwegian Composers.

In his music, he endeavours to emphasise connections between theoretical and auditory concepts. Several key works have established his reputation, including: Musical grafitti II, virtuoso visuals for amplified piano, ensemble, and fixed media; Wie die Zeit die Materie verändert I, for two amplified pianos, two percussionists, and chamber orchestra; Physis for amplified piano and computer-controlled harmoniser; and Actions, Interpolations and Analysis, a concerto for bass clarinet and orchestra which was awarded the Louis Vuitton Prize from the Gaudeamus Foundation in Amsterdam in 1991. In 1992, he received the Critics’ Award and the Bang & Olufsen Music Prize, and was later awarded the Lindeman Prize for his life’s work.

Asbjørn Schaathun has authored several essays, including “Formula composition, modernism in music made audible” (1983-1984), “The computer as psychoanalyst” (1988) and “Knitting and Weaving: Using OpenMusic to Generate Canonic Musical Material” (2006 with Serge Lemouton). Upon completing the latter text, Schaathun composed the work Weaving for chamber ensemble (2009).