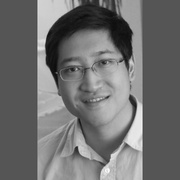 American composer and pianist born in 1982 in San Francisco.

Anthony Cheung was born in San Francisco (USA) in 1982. He began studying piano at the age of six and started learning composition the following year. He graduated from Harvard with a BA in music and history in 2004 and received his doctorate from Columbia University, where he taught and served as assistant conductor of the Columbia University Orchestra. He received his PhD in 2010 with a dissertation on György Ligeti‘s Hamburg Concerto.

His primary composition studies were under Tristan Murail and Bernard Rands, and he participated in master classes at the Tanglewood Music Center, the Aspen Music Festival, the Domaine Forget, Fontainebleau and the Centre Acanthes.

He is the co-founder and has served as artistic director of the Talea Ensemble of New York. As a pianist with the ensemble, he has worked with composers such as Pierre Boulez, Stefano Gervasoni, Tristan Murail, Hans Abrahamsen, Iancu Dumitrescu, and Julian Anderson. Talea Ensemble has served as ensemble in residence at Harvard University, Columbia University, and New York University, and has performed extensively in the USA, Latin America, and Europe.

In 2003 and 2006, he received the Charles Ives Fellowship and Scholarship from the American Academy of Arts and Letters. In 2008, he was awarded the first prize and the audience prize in the Sixth International Dutilleux Competition for Windswept Cypresses. He is a five-time winner of different ASCAP (American Society of Composers, Authors and Publishers) awards, including the Morton Gould Young Composer Award and the Leo Kaplan Award in 2011.

His compositions include Dystemporal, a commission from the Ensemble intercontemporain for its Tremplin concert series, and SynchroniCities, a commission from the Koussevitzky Foundation for the Talea Ensemble, which both premiered in 2012. He has also composed for the New York Philharmonic. He was a resident at the American Academy in Rome in 2012-2013, a Junior Fellow at the Harvard Society of Fellows, and taught at the University of Chicago from 2013 to 2020. He is currently an Associate Professor of Music at Brown University.