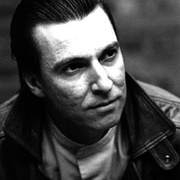 Born on 4 September 1951 in Buenos Aires, Alejandro Viñao first studied composition, guitar, and conducting in his home town. In 1975, he moved to England, where he studied at the Royal College of Music and the University of London, from where he graduated with a PhD in composition in 1988. He remains a resident of England.

His work Una Orquesta imaginaria for tape was awarded a second prize Ex Aequo (1979), and Go a first prize (1981), in the Bourges Electroacoustic Music Competition. Also in 1981, he received first prize in the electro-acoustic section of the UNESCO International Rostrum of Composers, and in 1992 was awarded the Bourges Euphonie d’Or.

Viñao’s music has been performed throughout Europe and the United States, and has been featured in festivals such as Tanglewood, Warsaw Autumm and the BBC Proms. He has been commissioned by ensembles and institutions such as IRCAM, MIT, BBC Symphony Orchestra, among others.

In 1987, Viñao was in residence at MIT. During his time in the United States, the San Francisco Symphony Orchestra premiered his Triple concerto, which received an honourable mention in the Ars Electronica Competition. In 1989, his work Son Entero for four voices and computer was also awarded a prize by Ars Electronica, and in 1992, Chant d’ailleurs won the first prize, the “Golden Nica”, in the same competition.

His music is characterised by the use of rhythmic pulses which dictate the overall form, and by melodic lines which are based upon rhythm as opposed to harmony, as is the case in much extra-European music.

In addition to his instrumental and electro-acoustic music, he frequently works on multimedia projects, and has composed the scores for some twenty films. He has also produced radio shows for the BBC.

In 1994, Alejandro Viñao was awarded a grant from the Guggenheim Foundation. He is currently working on a chamber opera commissioned by the Centre for Art and Media (ZKM) in Karlsruhe, as well as a new piece for orchestra.