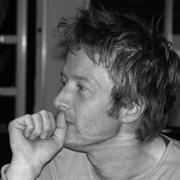 Along with Olga Neuwirth, Johannes Maria Staud is a leading figure of his generation of Austrian composers.

From 1994 to 2001, he studied composition with Michael Jarrell, electro-acoustic composition with Dieter Kaufmann, and theory and counterpoint with Iván Eröd at the Vienna University of Music and Performing Arts (MDW), and composition with Hanspeter Kyburz at the Hanns Eisler Musikhochschule in Berlin. In addition, he studied philosophy and musicology, and became acquainted with the complex musical syntax of Brian Ferneyhough by attending various masterclasses. During this period, he also co-founded the “Gegenklang” composers’ collective in Vienna.

Johannes Maria Staud has received commissions from the most prestigious international institutions, and his catalogue reveals his prowess as a composer in all genres of music. Notable works include Vielleicht zunächst wirklich nur (1999) and A Map Is Not The Territory (2001) for chambre ensemble; … gleichsam als ob … (1999) for orchestra; and his first opera, Berenice (2003-2004), which received critical acclaim following performances in Vienna, Munich, and Berlin in 2004. As part of celebrations of the 250th anniversary of Mozart’s birth, the Salzburg Festival commissioned the cello concerto Segue, premiered in July 2006 (with a revised version premiered in 2009 in Berlin).

Staud’s works have been performed at the Salzburg Festival, Munich Biennale, Witten Festival, Wien Modern, Ars Musica, Musica Nova, Gaudeamus Festival, Archipel, and at the Berlin Philharmonic, and in Australia, France, Poland, Japan, and the United States. He has received numerous accolades, including first prize in the Hanns Eisler Composition Competition in Berlin (2000), a special prize for music from the Republic of Austria (2001), a prize at the Salzburg Osterfestspiele (2002), the UNESCO Composers’ Rostrum Prize for Polygon in the category for composers under the age of 30 (2003), the Paul Hindemith Prize from the Schleswig-Holstein Festival, and the Emil Berlanda Prize from the state of Tyrol (2009).

Recent works include Über trügerische Stadtpläne und die Versuchungen der Winternächte for string quartet and orchestra, written for the Arditti Quartet; On Comparative Meteorology, commissioned by the Cleveland Orchestra following a two-year residency, and the sequel work, Contrebande, dedicated to Pierre Boulez and premiered in November 2010 at the Salle Pleyel by Ensemble Modern; and Maniai for orchestra, dedicated to Mariss Jansons and premiered by the Bavarian Radio Symphony Orchestra in February 2021.

Upon completing Tableaux vivants (2003-2011), a large-scale work for ensemble and fixed media, Staud composed Le voyage, a monodrama for actor, vocal/instrumental ensemble and electronics which was premiered at ManiFeste in June 2012. In 2014, he was composer-in-residence at the Lucerne Festival, during which his opera Die Antilope was premiered. In 2016, Ensemble Intercontemporain premiered Par là! for ensemble at the Kölner Philharmonie.