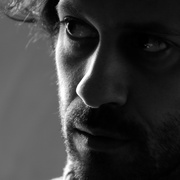 He has received commissions from IRCAM, Accademia di Santa Cecilia, Radio France, and the Pousseur Centre in Liège. His works have been performed in festivals including Musica in Strasbourg and Ars Musica in Brussels, and by soloists, ensembles, and orchestras such as the Radio France Philharmonic Orchestra, Danel Quartet, Arne Deforce, Alexis Descharmes, Jean Deroyer, Francesco FiIidei, Séverine Ballon, Marco Fusi, and Divertimento Ensemble. He collaborated with the National Centre for Scientific Research (CNRS) and the Collège de France on a work which sonically rendered data on atomic particles. He is also active as a conductor and performer of electroacoustic music, regularly collaborating with other musicians and dancers.

Pagliei’s work is characterised by its use of contrasting typologies of time; various temporal strata, constructed using different tempi, are superimposed upon each other, creating polyphonies of sonic layers. In his music, time is never regular or linear, but rather, is curved, a principle that is also applied to other compositional parameters, giving rise to micro-variations of relatively simple material. Music technology and electronic instruments play a key role in his works, often serving to achieve what would not be possible by acoustic means alone, e.g., the synthesis of complex timbres and material, extreme amplification of objects or acoustic instruments, and spatialising instrumental sounds with the objective of heightening the listening experience in a concert setting. Pagliei has undertaken research at IRCAM on gesture capturing and real-time control of synthesis based on physical models. It was at this institution that he developed a family of electroacoustic instruments known as “Geecos,” which allow performers to synthesise, and modulate components of, sounds in real-time according to gestures performed on a tablet-style interface.